A Valentine from “Boz”

A loving heart is the truest wisdom.

To conceal anything, from those to whom I am attached, is not in my nature.  I can never close my lips, where I have opened my heart.

A silent look of affection and regard, when all other eyes are turned coldly away — the consciousness that we possess the sympathy and affection of one being, when all others have deserted us — is a hold, a stay, a comfort, in the deepest affliction, which no wealth could purchase or power bestow. 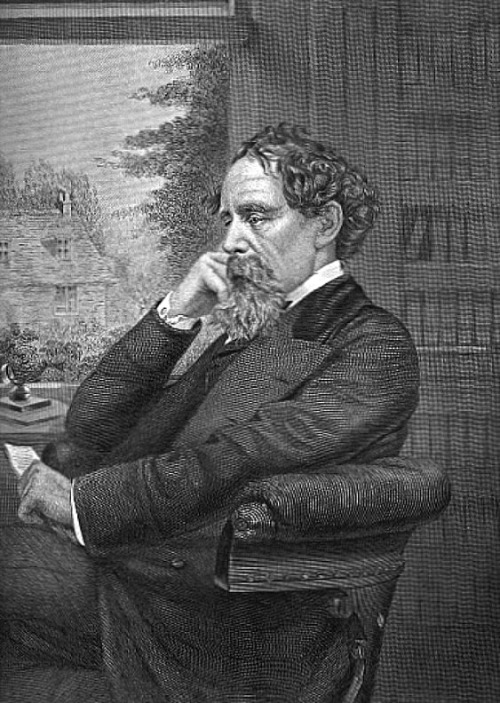 Charles John Huffam Dickens [7 February 1812 — 9 June 1870] was an English novelist, generally considered the greatest of the Victorian period.  Dickens enjoyed a wider popularity and fame than had any previous author during his lifetime and he remains popular, having been responsible for some of English literature’s most iconic novels and characters.  [Wikipedia]

Here are two slightly different explanations for the “Boz” nickname of Charles Dickens:

In December 1833, Charles Dickens’ first literary effort was published.  It was a sketch or essay entitled, ‘A Dinner at Poplar Walk.’  Other sketches soon followed.

Dickens wanted a memorable way of identifying the sketches as his.  He finally picked a nickname for himself.  One of his favorite characters in Goldsmith’s ‘Vicar of Wakefield’ was called Moses.  Moses became ‘Boses,’ which became ‘Boz.’  In 1836, a collection of the essays, entitled  ‘Sketches by Boz,’ was published and was a great success.  [www.perryweb.com]

Dickens said:  ” ‘Boz‘ was the nickname of a pet child, a younger brother, whom I had dubbed Moses, in honour of Goldsmith’s ‘Vicar of Wakefield,’ which, being pronounced ‘Bozes,’ got shortened into ‘Boz.’ “

The real name of the brother was Augustus.  Dickens’ own son was christened Charles Culliford Boz Dickens.

Dickens used a pen name for his first stories because he was, at the time, a serious political columnist, and the lightweight sketches and stories he first published might have damaged his credibility.”   [www.Wiki.answers.com]

I assume that ‘Boz’ rhymes with ‘nose.’

For more information about Charles Dickens and other famous authors and their works of literature, see: www.AuthorsInk.com.  The creator of the blog, Dr. Elliot Engel, is entertaining AND scholarly.  Order books and CD’s, containing the lectures of Dr. Engel.

2 responses to “A Valentine from “Boz””